Kelner has answered to our questions! A talented group to follow ! Could you present yourself each other to our readers ?

We’re a Norwegian duo that consists of Kenneth Gutterup on vocals and JP Paulsen on multiple instruments. We reside in Sarpsborg, just about an hour outside of Oslo, and fifteen minutes from the Swedish border.

How did you met ?

We met in a studio where we both were involved in projects with other artists. We had both been involved in music long before Kelner, but found out that we had a common taste in music, and began to write songs together.

Why did you choose Kelner as name of the band ?

Kelner means «waiter» in Norwegian. We want to serve a variety of musical meals, and have done everything from recording ballads with a string orchestra to working with Cato and Kent Sundberg from the Norwegian electronica group Donkeyboy on our latest single «Nippon». Miles Walker, who mixed it in StarRoc in New York, has also done most of Kygo’s mixes. I guess the common thread in all our music, whether it’s synth pop, power rock, piano ballads or electronica, is the emphasis of melodies you can sing along to, and lyrics that need a little reading in between the lines. At least that’s our goal. 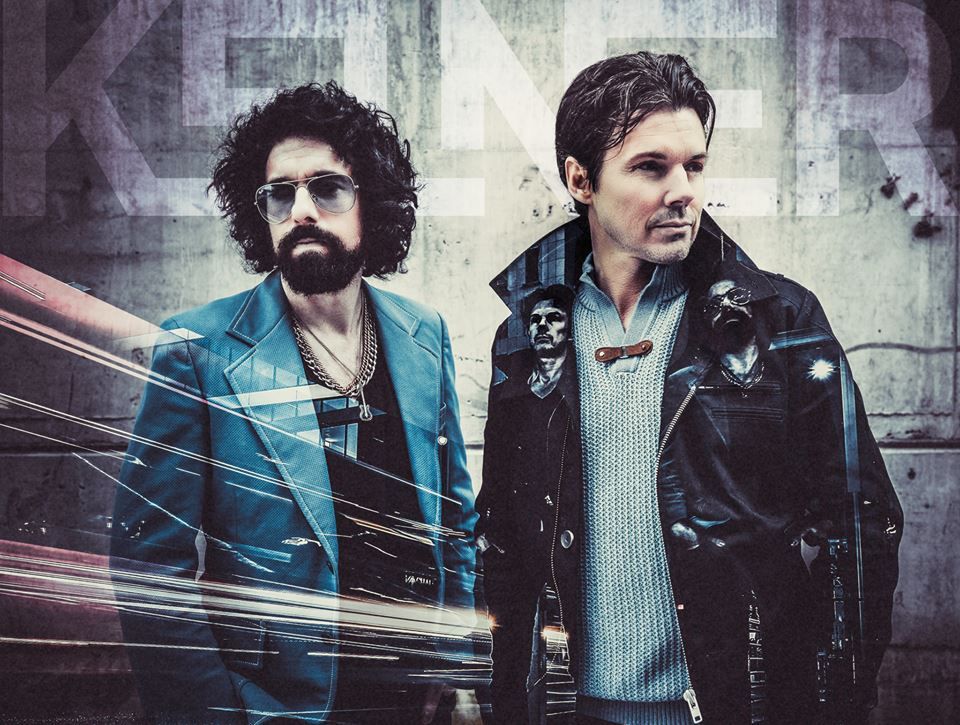 How would you describe your musical universe ?

«Universe» is actually a good metaphor, since we like to have space to go in any direction we feel like musically. With any song we write, we try to dress it up in a way that makes it reach its full potential. For example, «Nothing Is Real» was in its very nature a piano ballad, and therefore we decided to give it a proper treatment and record it with the London Session Orchestra. «Nippon», on the other hand, would have probably raised some eyebrows if we presented it to them and tried to make them play that on their Stradivarius violins. Any skilled stylist knows that different models need different clothing and makeup to shine. Everybody doesn’t fit yellow. And the same goes for music. With «Nippon», we actually did many demoes, experimenting with different musical styles, but it would have been unjust to the song if we tried to make it fit with our previous catalog (we tried!) - because it simply was different from our previous songs. It didn’t reveal its true beauty until we did an electronica production on it.

How would you present your new single called «Nippon» ?

We thought the melody of the chorus had a bit of Japanese flavor to it. Maybe we’re wrong, but that’s how we felt. And therefore we named it «Nippon», which is another name for Japan. The lyrics are about living your life the way you feel like, instead of living your life according to others’ expectations. According to surveys, living your life according to others’ expectations is the no. 1 thing people regret about when they’re old. As we say in the song: «Life is way too short to keep away from everything that’s wrong.» Of course we’re not saying that you should go and rob a bank or anything. We’re not Snoop Dogg, we’re Kelner.

What is the story of the lyrics of this song ?

There have been many versions of this song, both musically and lyrically. At first, we tried to make it to be about Japan. But we realized we needed to go there first, so who knows, maybe in some years we’ll release «Nihon» - also meaning Japan. Anyway, as we changed the melody of the verses over and over, we needed to rewrite the lyrics to make them fit. We don’t even remember the original lyrics now, but I guess we have them saved on some computer somewhere. Perhaps we can use them in another song sometime. Like «Nihon», for example. Is it a step to an album coming soon?

We’ve been saying for a while that we’ll release a full album. But this time we’re really working on it, with several new songs in the making - in a mix of musical styles.

What is the purpose of Kelner's music ?

While seeing our songs on different charts, receiving good reviews, etc., are fun, the one thing that matters the most to us is the feedback we sometimes get from people that in one way or another were touched by our songs. We post reviews from radios and newspapers on our pages, but we cannot post those kinds of personal feedbacks, because… they’re personal. But they mean more to us than any newspaper review. And I think that, ultimately, touching people with our music, is the purpose of what we do.

Have you ever been evoluting in music ?

Evolution means life. So we do hope so. What are your songs about ?

Some of them have multiple meanings, you know. A song may have one obvious meaning, but there may be more meanings hiding in between the lines. Like «Nothing Is Real», for example. There’s at least four stories hiding in that song. I think you’ll find a few in «Nippon» as well.

Who are the artists that would you call influences ?

One of the things that brought us together, was our common taste in music. You’ll probably find traces of artists like Coldplay, The Killers and U2 in our music. One of the greatest things for us, is that we’ve been fortunate to get the chance to collaborate with members from some of our favorite groups, like A-ha and Donkeyboy. We don’t take that for granted; we’re extremely grateful and consider it an honor.

When would you be on stage in France ?

As soon as we’re invited! We’ve been to France a number of times - on vacation though! It’s such a beautiful country with such rich history and fine culture. We hold high the French values of liberté, égalité and fraternité - values that have been under attack lately. Our single «I’ll Stand Alone» - by coincidence - happened to come out on November 13th 2015, the same day as the tragic events in Paris. It ends with the line «I’ll rise again». We can never allow ourselves to give up the right to live our lives the way we want.